Mos Def is an American actor, rapper, singer, activist and emcee. Mos is also known as Yasiin Bey, but both are his stage names. His real name is Dante Terell Smith. Mos has several hit singles to his credit, he has a niche cult following in the world of music, and over the recent years, he has also become a popular actor on television.

Mos Def attained fame being a hip hop sensation, but he had made his acting debut long before releasing his albums or signing up with record labels like Rawkus, Priority, Geffen, Downtown, GOOD Music and DD172, among others. Mos has also performed live across the country and overseas. He has often teamed up with the likes of Kanye West, Eminem, Talib Kweli and others.

Mos Def is best known for his portrayal of Brother Sam in the blockbuster television series Dexter. He started his acting career as a child actor. He featured in the made for TV movie God Bless the Child when he was only fourteen and thereon he also played a role in You Take the Kids, which was a family sitcom starring Nell Carter and Roger Mosley. Before he became well known with his role in Dexter, he had become a notable face with his supporting act in The Cosby Mysteries, where he played the character of the sidekick of Bill Cosby. Mos has featured in many commercials including that of Visa check card, which featured Deion Sanders and later he was a part of the short film and music video “Ghosts” made by Michael Jackson.

In between his teenage acting days and resurgence of his acting career, Mos went onto become a renowned hip hop artist and only made brief appearances in Monster’s Ball and Bamboozled. Mos played a supporting role in Beyonce Knowles and Mehki Phifer starrer movie made by MTV, Carmen: A Hip Hopera. His character of Lt. Miller, a crooked cop was widely appreciated.

The list of films, television and made for TV movies Mos starred in includes The Hard Way, Ghosts, Where’s Marlowe, Freestyle: The Art of Rhyme, Bamboozled, Island of the Dead, Carmen: A Hip Hopera, Monster’s Ball, Showtime, Civil Brand, Brown Sugar, My Wife and Kids, The Italian Job, The Woodsman, Smothering The Lord Made, Lackawanna Blues, The Boondocks, The Hitchhiker’s Guide to the Galaxy, Dave Chappelle’s Block Party, 16 Blocks, Talladega Nights: The Ballad of Ricky Bobby, Journey to the End of the Night, Prince Among Slaves, Be Kind Rewind and Dexter, among others. 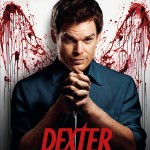 Showtime’s series “Dexter” is about a serial killer with a conscience. In the first season, we see Dexter, played by Michael C. Hall, as a child when his father discovers Dexter’s proclivity of killing people. Dexter’s father, played by James Remar, is a Miami-Dade Metro cop. Viewers have their minds twisted when Dexter’s father does not punish Dexter for his desire … END_OF_DOCUMENT_TOKEN_TO_BE_REPLACED